The international handball tournaments (youth events) started in 1983, ending in 2019. In which thousands of players, hundreds of club teams and national teams from 40 countries from all over the world, including SL Benfica, Sporting CP, FC Porto, ABC Braga, FC Barcelona, ​​Atletico Madrid, National Teams of South Korea, China and many others have participated.

During our tournaments, many more were created around Europe. For years, we were one of the best handball events in the world.

A landmark in women’s handball television broadcasts. On March 26, 1989, the final of the female juveniles, CB Orihuela / Spain with UFC Almeirim, was broadcast in a deferred broadcast.

The photos below illustrate the environment in tournament games and their animation.

Held on 23 and 24 September 1978, with the participation of the main teams of FC Porto, Almada AC, Vitória FC and CF “Os Belenenses”. The winner was FC Porto.

Tournament held from 01 to 03 September 1992, with the participation GD Teka of Santander / Spain (EUROPEAN CHAMPION), Sporting CP and FC “Os Belenenses”. The winner was GD Teka from Santander.

In partnership with the Clube do Sul Gymnasium, we organized on 03rd and 04th September 2005, with CR Piedense, Atletico CP, CF “Os Belenenses” and FC Barcelona / Spain. The winner was Football Club Barcelona.

Still recognized today, as one of the best events held in Portugal, on 29th and 30th September and 1 October 1978, Emmerson Varese / Italy (EUROPEAN CHAMPION), FC Porto, GC Figueirense, Sangalhos DC, Sporting CP, SL participated. Benfica (had an accident, so did not participate and were replaced by Luso FC), CA Queluz and FC Barreirense. The winner was Emmerson Varese.

Tour to Brazil of SPORT LISBOA and BENFICA Handball Team from September 4th to 11th, 2005, having participated in the tournaments of Praia Grande and Esporte Clube Pinheiros. The Portuguese Club Recife and Baixada Santista National Team also participated. 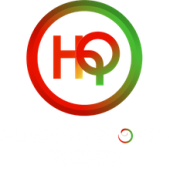